The reaction is usually carried out in a chlorinated aromatic solvent chosen for the ability in removing excess phosgene in later purification stages. The process is complex and involves several side reactions (Figure 1.11). Under phosgenation conditions, the urea by-product is converted to a carbodiimide. Further reactions of carbodiimide with phosgene form a chloride containing adduct, which can carry chloride to the final product.

Figure 1.11 - Side reactions in isocyanates synthesis

The first stage of the TDI production (Figure 1.12) consists in toluene nitration with a sulfo-nitric mixture, to obtain the mixture of ortho, meta and para nitrotoluenes. Isomer separation is industrially made by fractional distillation. When p-nitrotoluene is used in the second stage of the nitration reaction, 2,4-dinitrotoluene is obtained (TDI-100 route). O-nitrotoluene nitration results in 65% of 2,4- and 35% of 2,6-dinitrotoluene (TDI-65/35 process). If the original blend is directly nitrated, or after p-nitrotoluene removal, 2,4- and 2,6- dinitrotoluenes are obtained in 80:20 ratio (TDI-80/20 process). Dinitrotoluenes (DNT's) are hydrogenated to toluene diamines (TDA's) with hydrogen obtained from synthesis gas produced by steam hydrocarbon reform. Carbon monoxide, also formed, reacts with chlorine, forming phosgene (COCl2), which in turn reacts with TDA's yielding TDI's. The chemical reactions involved in the TDI process are shown in Figure 1.13.

Initially, diphenylmethane diisocyanate (MDI) (Table 1.2) was developed due to TDI toxicity problems. MDI chemistry is more complex and permits a significant degree of freedom to chemists in the sense of modifying and optimizing MDI's types to assist in different specifications for PU customers. The first step in MDI production is the hydrochloric acid catalyzed condensation of aniline with formaldehyde, yielding a mixture of isomeric forms of diphenylmethane dianilines (MDA's) containing two or more aromatic rings. Then occurs the phosgenation of MDA's forming crude MDI (Figure 1.14). The non-distilled or crude MDI mixture, or polymeric MDI, consists mainly of 4,4'-diphenylmethane diisocyanate, 2,4'- and 2,2'- isomers, and condensation products with more than two aromatic rings. Crude MDI is used in rigid foam production, where it provides significant advantages in processability and in mechanical performance, such as mechanical resistance and dimensional stability. The higher aniline/formaldehyde relationship increases the ratio of di functional product.

MDI's types - Recent applications led to the development of products that can be obtained by the separation of MDI's mixture (Table 1.4). These MDI's show a huge variation in functionality, viscosity, isomer degree, etc. Usually, tailor-made produced MDI's have an effective functionality lower than 2.6 and a diisocyanate degree near or higher than 60%. 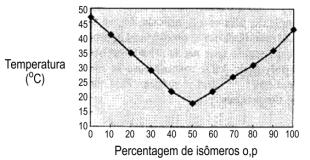 Pure or monomeric MDI (4,4' isomer) is a white or yellowish solid, with melting point about 38°C., forming insoluble dimers when stored above 40°C.. This fact led to the development of modified MDI's that are liquid at room temperature and show little tendency to dimerization. These MDI's, having a high degree of ortho and para isomers (MDI 50 OP) (Figure 1.16) are highly stable and, contrary to the behavior of pure p,p' isomer, do not tend to crystallize at room temperature.

According to another method, pure MDI is reacted with a diol in a 2/1 ratio (Figure 1.17), obtaining a liquid diisocyanate, of higher molecular weight and functionality 2.0. This compound, mixed with pure MDI, forms a modified MDI, liquid at room temperature. Another way is to convert part of the isocyanate in a carbodiimide, which then reacts with the excess isocyanate yielding uretonimine (Figure 1.18) with functionality 3.0. This compound mixed to pure MDI results in a liquid carbodiimide modified MDI (MDI MC), which is stable, slightly viscous, with average functionality of 2.2 and melting point below 20°C.

MDI's end uses - Pure MDI is used in fibers and high performance elastomers production, while higher functionality MDI's are used in rigid foams and as binders. Between these two are found MDI's of different compositions and properties as: viscosity, reactivity, stability, processability and crystal formation (Table 1.4). High purity MDI (4,4' isomer), for textile fiber is obtained through fractional separation and contains a very low degree of 2,4'- isomer. The extreme purity and molecule linearity are important for spinning and high performance properties of the elastomeric fiber. Pure MDI (maximum content of 2,4' isomer of 2.5%) is the raw material for: prepolymers in shoe soles production; flexible adhesives; leather coatings; thermoplastic polyurethanes (TPU's); hot melt adhesives; etc. Due to the customers demand for different applications, a wide range of pure MDI's is produced, with specific antioxidants and modified acidity.

Many isocyanate reactions are reversible, and this phenomenon allows obtaining blocked isocyanates, which regenerate the isocyanate function through heating. The blocked isocyanates, usually TDI, HDI or IPDI based, may be 100% solids or dissolved in butyl acetate, 1-methoxy-propyl acetate, naphtha, xylene, etc. They possess 60 to 75% solids degree; 3 to 10% free NCO; equivalent weights from 400 to 1400; and viscosities from 500 to 40.000 mPa.s. They are manufactured starting from acidic hydrogen-containing compounds such as phenol, ethyl acetoacetate and e-caprolactam. The unblock temperatures are between 90 to 160°C, depending on isocyanate structure and blocking agent. Aromatic isocyanates are unblocked at lower temperatures than those required to unblock aliphatic isocyanates. The dissociation temperature decreases according to the following order of blocking agents: alcohols> lactams> cetoxims> active methylene groups compounds. Products as methylethylcetoxime (MEKO), diethyl malonate (DEM) and 3,5-dimethylpyrazole (DMP) are used. DMP unblock temperature is between 110-120°C, melting point is 106°C and boiling point is high, 218°C, without film surface volatilization problems.

Some applications, such as paints, coatings, adhesives, etc, require low volatility polyisocyanates, so that volatile diisocyanates like TDI, HDI and IPDI are only used if chemically combined. The larger molecular weight, less volatile, modified isocyanates can be obtained by different ways: 1) reaction of polyol and an excess diisocyanate; 2) biurets formation; and 3) isocyanurate trimerization (Figure 1.20).

For instance, a polyisocyanate adduct can be prepared by the reaction of TDI with a trifunctional alcohol such as trimethylolpropane (TMP) (Figure 1.20.1). The non reacted diisocyanate excess is removed by vacuum distillation, until a final concentration of less than 1% is obtained. Isocyanurate cyclic trimers (Figure 1.20.c) are manufactured from TDI, HDI and IPDI diisocyanates. TDI and HDI polyisocyanurates blends are commercially available. The trimerized commercial products contain very small amounts of diisocyanate residual monomer, high functionality and low viscosity. Usually, commercial products are liquids with: 50 to 100% solids degree, in solvents as ethyl, butyl, or methylpropyl acetate, xylene, or naphtha; 4 to 22% free NCO content, based on pure polyisocyanate; and viscosities between 1000 and 9000 mPa.s. HDI trimer viscosity reduction is possible at lower conversions, and the viscosity of lower average molecular weight 95% pure trimer products is lower than 1000 mPa.s.

Isocyanates are hydrophobic by nature. To promote aqueous dispersion in two reactive component coatings systems, isocyanate compatibility can increase by introducing hydrophilic groups (Figure 1.20a). The most common form is the introduction of polyether (based on propylene or ethylene oxides) hydrophilic groups, through hydroxyl group reaction with one NCO group. These hydrophilic groups can be ionic or not, if there is a specific end group dissociated at a certain pH.

PU's processes may be either one or two shot. In the first, all raw materials are mixed together. Two shot processes start with a first reaction between the polyol, usually with an excess isocyanate, to form a NCO capped prepolymer (Figure 1.21). The content of free NCO in the prepolymer is given by the chosen isocyanate/polyol (NCO/OH) ratio. When the NCO/OH ratio is higher than twice the stoichiometric ratio, the resulting product (named semi - or quasi-prepolymer) possesses a large excess of non reacted free isocyanate. This increases its toxicity, which leads to restrictions in a series of applications, mainly with more volatile isocyanates (Table 1.2). In the second stage, high molecular weight polyurethane or polyurethane/urea are formed by the reaction of NCO terminated prepolymers with chain extenders like diols, diamines, or moisture; or, in the quasi-prepolymer processes, with chain extenders plus the remaining polyol.

Several commercial prepolymers are manufactured with different isocyanates and polyols, with free NCO content, from the high ones (20%) used in the shoe sole microcellular elastomers (Chapter 4.8), to the moisture cured, low free NCO (1 to 2%) used in sealants (Chapter 7.2) and hot melt adhesives (Chapter 7.1). The PU's properties depend on the nature of the raw materials. So, PU's used in hydrophilic gels and foams may be produced from prepolymers based on poly(propylene/ethylene oxide) glycols (PPG's) (Chapter 1.4.1) containing a high degree of ethylene oxide. On the other hand, hydrophobic polyols like PBLH (Chapter 1.4.5) yield PU's of a hydrophobic character.

In a lot of applications, as in cast elastomers (Chapter 6.2), the processability is important and the prepolymers viscosity depends on the chemical nature and free NCO content. Due to a lower molecular weight and free isocyanate solvent effect, the viscosity of prepolymers of higher free NCO degree is lower. The prepolymers reactivity depends on isocyanate and those manufactured from MDI are more reactive. TDI and IPDI, where the reactivity of the two NCO groups is not the same, are terminated with the less reactive NCO. This minimizes the prepolymer reactivity with non reacted polyol (Figure 1.21), leading to high molecular weight macromolecules. This results in narrow molecular weight distribution and lower viscosity. Another factor that increases the viscosity is allophanate formation through cross-linking, at temperatures above 60-80oC, also catalyzed by alkaline residues that can be present in polyether polyols. The viscosity of TMXDI prepolymers is very low due to steric hindrance at the NCO group tertiary carbon that hinders allophanate formation, even when processed at temperatures of the order of 125°C.

Prepolymers are usually viscous liquids, manufactured in mixed batch reactors. Reaction starts by the diisocyanate and polyol cold addition, in a predetermined ratio for the desired final free NCO content. The reaction is carried out under an inert atmosphere and in the absence of water, at temperatures below 100oC to avoid formation of allophanate crosslinking (Chapter 1.3.1). For the same reason, to increase prepolymer stability during stockpiling, acid stabilizers such as benzoyl chloride, acetyl chloride, or p-toluene sulfonic acid are added. The presence of non reacted diisocyanate increases the toxicity of the final product and its removal can be made by vacuum distillation.